Downtown Vancouver has come such a long way over the past decade. If walkability and bustling activity is what you're seeking, this is the place to live.

With new restaurants opening every day, live music, farmers market, a short walk to the beautiful waterfront and Grant Street Pier, and great indoor and outdoor seating options, if you want to live in the center of activity, you'll love it here. Nearby neighborhoods include Shumway, Rose Village, Hough, Arnada, and Esther Short, all with easy access to the Interstate 5 Bridge into Portland (a ten minute drive). Home prices are a little steeper and many have older, 1940s-ish bungalow characteristics to them, with lower ceilings, short stairs, and mature landscaping in fixer-upper states. If you want to get a feel for housing in downtown Vancouver, start at Columbia Street from Esther Short Park, and head northbound to explore the little side streets along the way until it dead-ends and you start venturing into Hazel Dell.
Side note: Bibliophiles, do not miss out on the 4-story, 83,000 SF Vancouver Community Library. It's a beautiful setting to relax at in the winter when you're feeling a little cabin fever at home and is the second largest library in the Portland Metro.

Commute Time to PDX Airport: 14-20 Minutes, depending on traffic.

Outdoor Highlights ands Things to Do:

"Downtown Vancouver has lots of places I can visit with my human, but some places can be crowded and overwhelming for me. I do like to leap at the birds down by the waterfront, and the squirrels over in Fort Vancouver, though!" - Atlas

Review from a Hough Resident:

I live in the Hough Neighborhood- it is awesome! I walk to Main Street at least once a day- Barrel Room, Pho Haven, La Bottega, Bleu Door Bakery are just a few of my favorites. The Boba food truck is amazing too! Lots of folks walk their dogs and hang out in the afternoon at Hough School.

Review from a Rose Village Resident:

Generally friendly neighbors, pretty affordable while also very close to downtown and highways. Pretty walkable/bikeable, has several local pubs but the only coffee shop is a drive through. I wouldn't call it super quiet though. Lots of fire trucks go up Grand with sirens and some local folks have some pretty loud engines, but anyone coming from a larger city won't find it unusually loud. It has the most diversity I've found in the area and we love it. It's reputation is generally for being pretty sketchy, but I will say I've noticed it rapidly gentrifying also since we moved in about 3-4 years ago now.

Map of the area 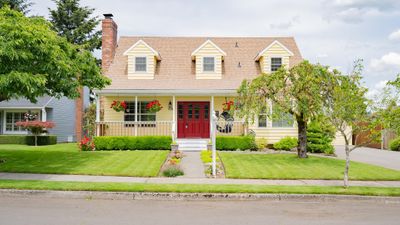 For ADA assistance, please email compliance@placester.com
If you experience difficulty in accessing any part of this website, email and we will work with you to provide the information you seek through an alternate communication method.

Sign Up
Already a User? Sign In
You have been successfully registered
Please check your email.
Go to the homepage
Sorry something went wrong
Please try again.
Try again

Preparing to Buy or Sell a home in Vancouver?

I'm happy to contact you to chat about how you can get ahead of the competition. Just provide me with some information and I'll reach out!
Already a User? Sign In